When I attempted to forward an email message I received in the Microsoft Outlook Web App (OWA), which I had accessed in the Firefox browser on a MacBook Pro laptiop, I found that the text I was typing was not wrapping, but kept extending across the window where I was typing additional information I wanted to add to the message. I copied the text I was typing and closed the window and then attempted forward it again. When I pasted the text I had been typing into the message, the same problem occurred. Microsoft has an article titled Wordwrapping does not work in Outlook or in OWA email messages that describes the problem.

When you compose email messages in Microsoft Office Outlook or in Outlook Web Access (OWA), you notice that the wordwrapping functionality does not work as expected.

The Microsoft article states the problem can occur if there are extra space characters in the message, i.e., if you have two or more spaces right after one another, e.g., if you type fast and inadvertently type an extra space or more. The solution listed in the article is to compose the message as plain text rather than HTML or to remove the extra spaces. Since I was using an Apple OS X system, I hit command-F to search for "  ", i.e., two spaces. OWA reported that there were such instances in the message. In this case, I simply discarded the message I had been typing and opted to start fresh with the foward process for the message, retyping the text I had intended to add to the forwarded message and the problem didn't occur this time.

If, instead, you wished to opt for the alternative of composing the email as a plain text message, you can look to the right of "Options" in the window where you are composing the message. You will see "HTML" there; you can change the selection to "Plain text", instead. 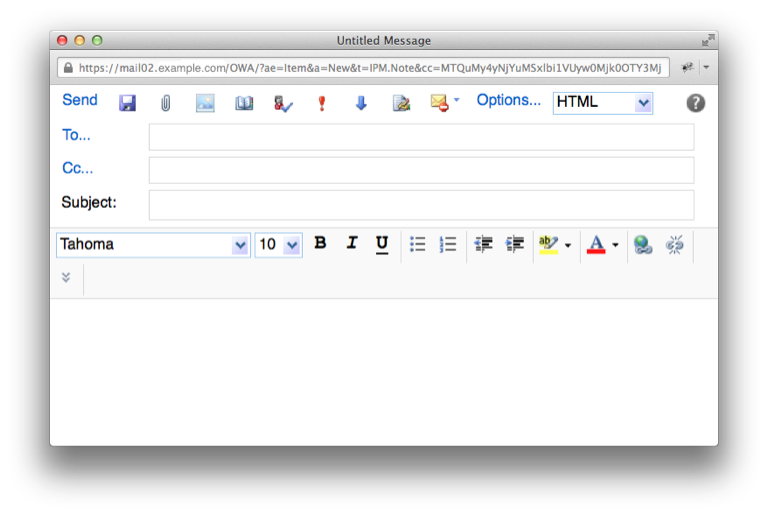