When I tried to insert another worksheet in an Excel workbook today, I found that the option to insert a new blank worksheet was grayed out when I clicked on Insert and selected Sheet. 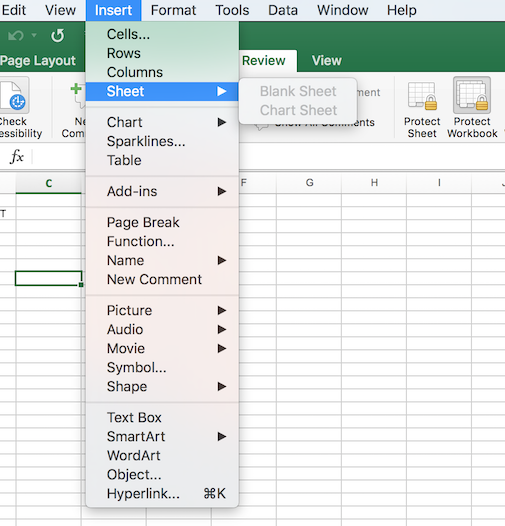 When I tried another means of adding a new sheet by clicking on the plus sign at the right side of the list of sheets in the worksheet to add the sheet, I saw an alert message stating "Workbook is protected and cannot be changed."

EMF image embedded in a PowerPoint file on OS X

Someone sent me a Microsoft PowerPoint presentation to review. The file I received was a .pptx file which I opened using the PowerPoint application in Microsoft Office 2016 for Mac on my MacBook Pro laptop running OS X El Capitan (10.11.6). When I viewed the presentation, I noticed one of the slides was blank. I sometimes receive Microsoft Excel workbooks which contain a worksheet that should normally contain network diagrams where the diagrams don't appear when viewed on my Mac laptop, but do appear when I open the file in Microsoft Excel on a system running the Microsoft Windows operating system. In such cases, I've found that since the .xlsx or .xlsm file format is just an XML-based container format akin to a zip file, I rename the files where the problem occurs to have a .zip rather than .xlsx or .xlsm extension, which then allows me to extract the files contained within the file - see Zipping and unzipping Excel xlsx files and Extracting embedded documents from an Excel .xlsm file. Then I use the OS X file command in a Terminal window to examine the .bin files in the xl/embeddings subdirectory that is produced when I extract the files and folders from the zip file. That utility tells me which of the .bin files represent embedded Microsoft Visio or PowerPoint files, so I can then give the Visio ones a .vsd extension rather than a .bin extension. I can then view the diagrams with the free VSD Viewer Pro application I have on the Mac. Since there are usually several .bin files in the directory, I created a Python script to determine the file type for all of the files in a directory at once.