If you want to monitor file changes in a directory on an Apple OS X/macOS system, one way to do so is using fswatch, a cross-platform file change monitor. The utility will allow you to monitor which files in the directory have been changed, though it doesn't report on the particular changes made to the content of the files. You can track the addition and deletion of files or whether files in the monitored directory are modified. On a Mac OS X system, you can install the software using the Homebrew package management system - see Installing Homebrew on Mac OS X for instructions on installing the software. Once Homebrew is installed, you can install fswatch using the command brew install fswatch in a Terminal window, which provides a command-line interface (CLI). The program will be installed in /usr/local/bin. Once it is installed, you can view help information by typing fswatch -h at a Terminal window shell prompt.

I connect to a work Virtual Private Network (VPN) from home using a MacBook Pro laptop running OS X El Capitan (10.11.6) and was curious if there was a way that I could determine whether the system was connected to the VPN or disconnected from a VPN using a command-line interface (CLI), i.e., a Terminal window, other than by checking the IP address that external systems see for the system, e.g., by visiting WhatIsMyIP.com. At How can I tell if OS X is connected to a VPN network from the command line?, I found someone suggesting using the scutil command scutil --nc list and piping the output to the grep command looking for the word "Connected", i.e., scutil --nc list | grep Connected. However, that didn't work when I attempted to discern whether the laptop was connected to the VPN via that method, since the scutil command always produced the following output whether or not the system was connected to the VPN:

When the system was connected to the VPN, I would see the following output:

I've been experiencing an intermittent issue on my MacBook Pro laptop, which is running OS X El Capitan, where I find a black screen with only the mouse pointer visible after I return to it from being away from it for some time. I can move the pointer by moving my finger about on the touchpad, but I get no visible response to hitting any keys. I've tried hitting lots of different key combinations to try to get the desktop to reappear or at least get a login prompt, but none have worked. If I had music playing through the headphones from iTunes , I can hear it still playing if I put the headphones back on, but when I hit any key or keys I simply hear a "bonk" sound and see no response from the system. Initially, when I encountered the problem the only way I could gain access to the system again was to reboot, which might lead to a loss of unsaved work. I have found, though, that if I simply close the lid of the laptop as I might if I wanted to put it to sleep, wait about a minute, then reopen the lid and hit a key that most of the times I've tried that, instead of rebooting, when the problem has occurred, that I could get a login prompt allowing me to log back into the system with everything apparently running as it was before I encountered the problem.

Error message "You don't have permission to access / on this server."

I had been running an Apache webserver under OS X El Capitan on my MacBook Pro laptop. After an upgrade on the laptop, now running OS X El Capitan (10.11.6), when I tried accessing the site via http://localhost, I saw a page with the title "403 Forbidden" and the following text displayed on the page:

You don't have permission to access / on this server.

If you wish to renew a Dynamic Host Configuration Protocol (DHCP) lease on a Mac OS X system, you can do so by clicking on the Apple icon in the upper, left-hand corner of the screen, selecting System Preferences, and then Network , and then the relevant network interface, e.g., Wi-Fi. Then click on the Advanced button and then the TCP/IP tab. You can then click on the Renew DHCP Lease button to have the system attempt to renew its DHCP lease.

To view the list of documents contained in a PDF document with Adobe Acrobat Reader DC on a Mac OS X system, with the file open in Acrobat Reader DC, click on File then select Properties and then click on the Fonts tab. 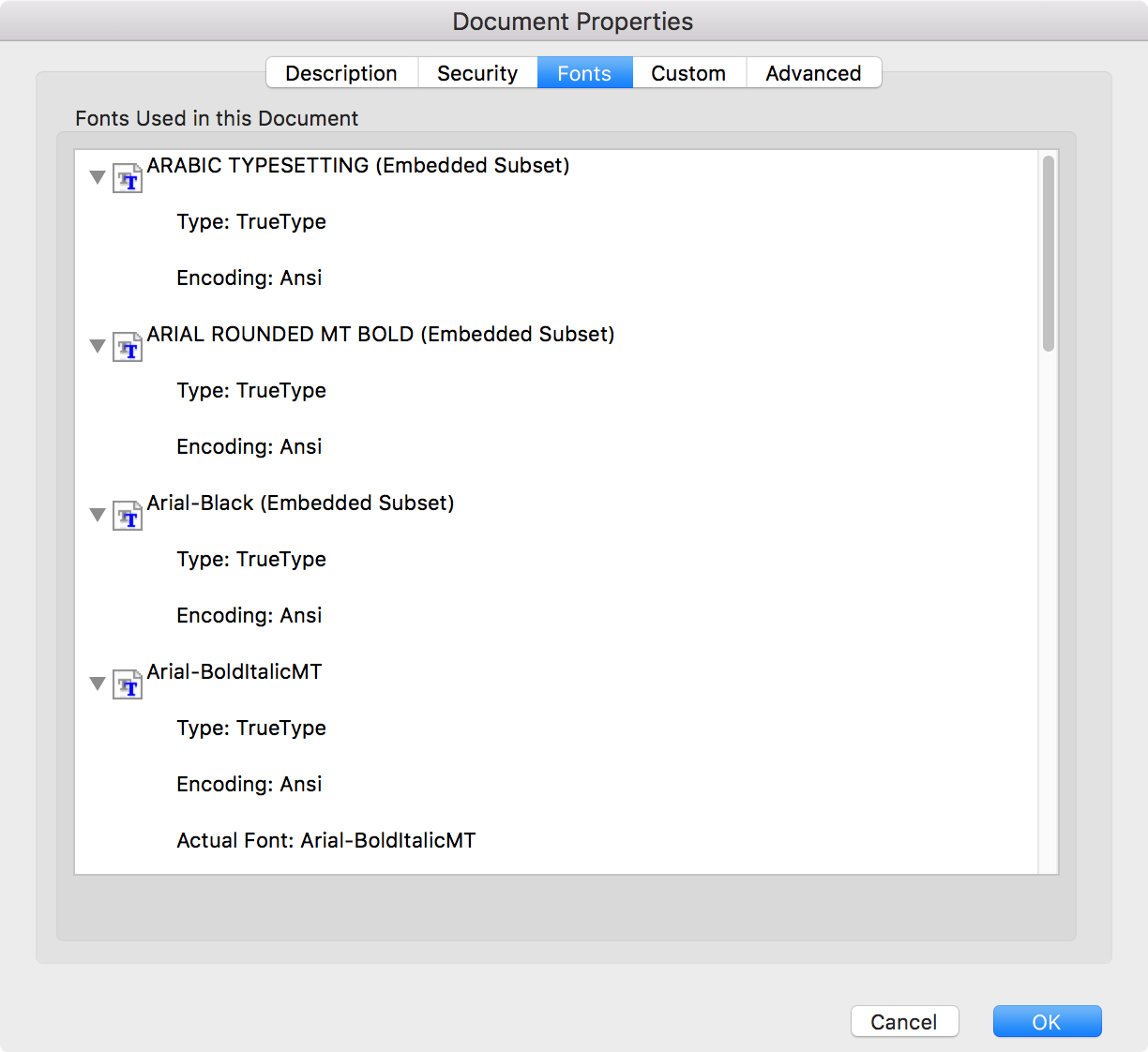