After upgrading Book Collector from Collectorz.com to version 9.0.6, I found that images on detail pages for some templates were missing when I used an existing book database on a shared network drive.. E.g., images for "hardback", "paperback", and "English". 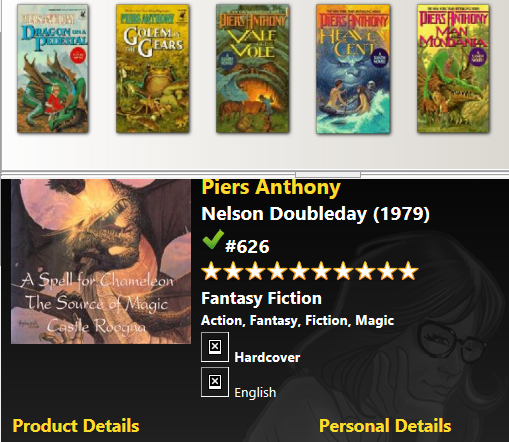 Inside Book Collector, I clicked on Tools, Maintenance, Update File Links, which showed me that the program was expecting to find missing files in the C:\Users\Administrator\Documents\Book Collector\Images\Listitemimages directory.

I had already updated the location for image and template files by selecting Tools, Optins, and changing the location for User Templates Folder and then clicking on the Images tab and modifying the values for Default Folder for Image Files and Default Folder for Thumbnail Files to point to the Templates and Images subdirectories on the shared network location, so I closed Book Collector and reoopened it to see if that would cause the missing images to now appear. They didn't, so I clicked on Tools, Maintenance, and Update File Links again. When the Update File Links window opened, I clicked on the Update button. I saw a window stating "This will update 76 file paths. Are you sure?" I clicked on Yes, but 0 files were updated, so I highlighted all of the misssing files in the Update File Links window by clicking on the top one, then scrolling to the bottom and clicking on the bottom file while holding down the shift key. Then with all of the files highlighted, I clicked on the Automatic button. A window opened allowing me to browse to the Listitemimages subdirectory I created at the shared network folder location. I then clicked on OK. I then saw the new location appear in the New Folder column in the Update File Links window for most, but not all of the files. E.g., there was nothing listed in the New Folder column for files associated with languages. I then clicked on the Update button. I was notified that "42 of the 76 files have been updated." I clicked on OK then Close.

After closing and reopening Book Collector 9.0.6, I saw there was now a small image representing "hardback" and "paperback", depending on the book, but there was still a missing image for "English". 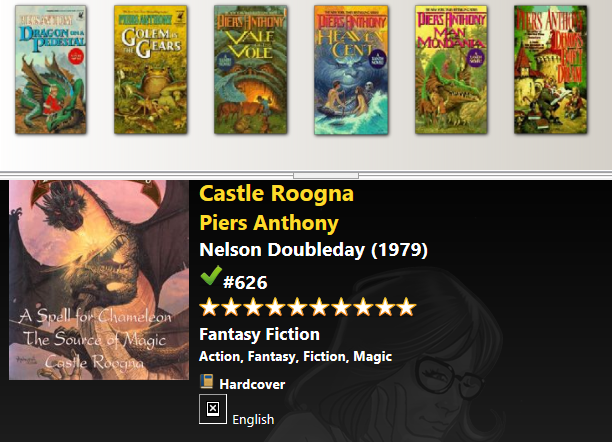 So I went through the same process as before for updating the file links. Again, I browsed to the Listitemimages directory. This time Book Collector showed an entry under New Folder for most, but not all, of the remaining missing files when I selected all of the files, browsed to the Listitemimages subdirectory and clicked on Automatic. I clicked on Update and saw "This will update 34 file paths. Are you sure?" I clicked on Yes and saw "26 files have been updated." I clicked on OK and then Close. The image for English then appeared. 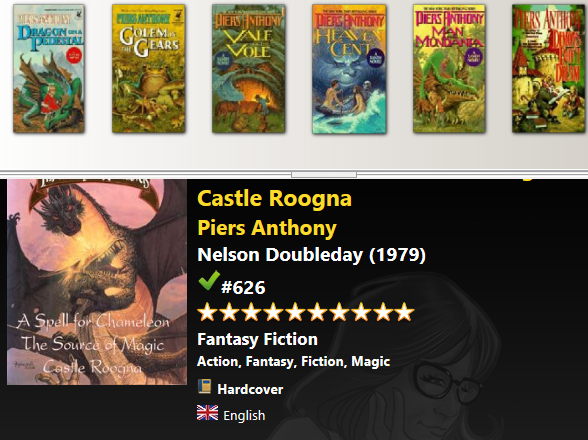 I then went through the same Update File Links process as before. This time all but 2 of the missing files were found, though I was browsing to the exact location as before when Book Collector had not found them. When I clicked on Update this time, I was informed that 6 of the 8 missing files had been updated.

I then repeated the Update File Links process once more. This time the remaining two missing files were found. It's weird how Book Collector couldn't find them all in one pass, but required me to repeat the process multiple times, though each time I was browsing to the same location.

I installed the 9.0.6 version of Movie Collector from Collectorz.com . When I attempted to open an existing movie database with it, I saw the following message:

Because Movie Collector thought the database was already in use it opened it in read-only mode.

The database was located on a shared network drive, but when I checked the mentioned computer and all other computers on the LAN, I did not find any running Movie Collector. I found a jane_movies.mvclck database file in the same directory as the database jane_movies. I opened that file with Notepad and saw the following: