Determining which version of Windows 10 is installed

There have been various iterations of Microsoft Windows 10 since it was first released. Though you might think of Windows 10 as one version compared to Windows XP, Vista, 7, 8, etc., but there are versions of Windows 10 itself and "builds" within those versions. You can determine which version of Microsoft Windows 10 is installed on a system running Windows 10 by typing winver in the Cortana "Ask me anything" field. You will then see a window, such as the one below, displaying the version and build number of the operating system. In the example shown below from a Dell laptop, the system is running Version 1511 build 10586.713 of the Windows 10 operating system (OS), which is the "November Update" to the OS. 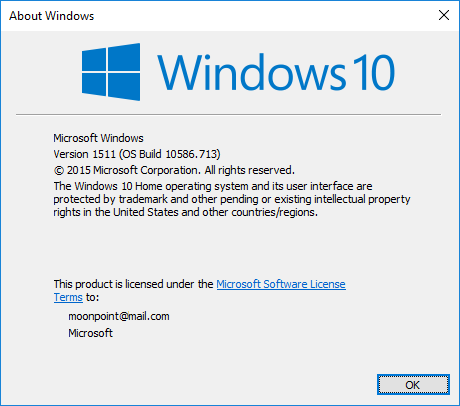