I wanted to convert a transparent PNG file to a transparent GIF file for placement on web pages in an area on the pages that had a black background. I could have modified the code for the pages to use the PNG file that had been provided to me, but I thought I could easily convert the PNG image I had been provided, which was an image of stylized white text on a black background, to a GIF image and just replace the old GIF image on the site with the one I had recently been given. Since I use Corel PaintShop Pro X4 for image editing, I thought I could just use its "save as" feature to resave the file in the GIF format. But when I saved the transparent PNG file as a GIF file expecting transparency to be maintained by clicking on File, selecting Save As and then choosing GIF as the new format for the file, I found that transparency was not maintained in the GIF file. I was able to produce the GIF file I needed by the following steps, however. 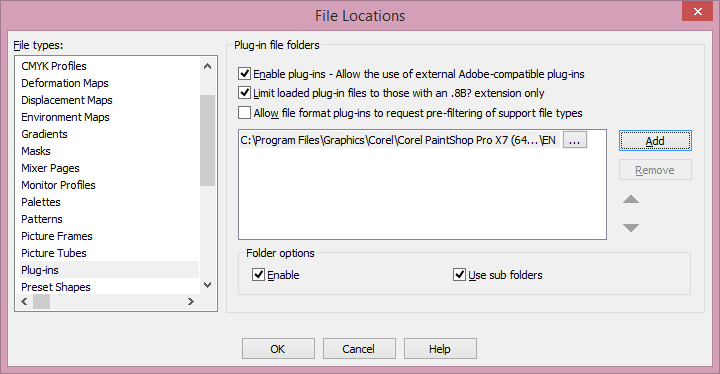 Make sure Enable is checked in the File Locations window and Use sub folders, if the plug-ins are within a subfolder of a selected folder.

To use an added plugin, click on Effects, then Plugins, then select the plugin you wish to use. 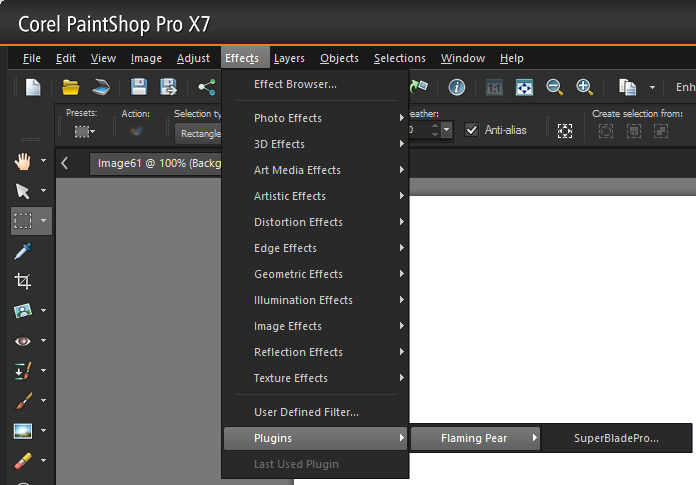 While editing an image in Paint Shop Pro 9.01 on her laptop my wife received the error message below:

It took me awhile to figure out that the problem was simply due to an image resizing option being set to "percent" rather than "pixels". I should have spotted that fairly quickly, but didn't.

Whenever I attempted to start PaintShop Pro 9 on a Windows XP system, the program would hang at startup. When I tried to uninstall it, the uninstall routine hung as well. I finally resolved the problem by disabling hardware acceleration for the Nvidia video adapter in the system, though updating the driver for the video card may resolve the problem as well [Update: that is probably the better alternative, since turning off hardware acceleration may create problems for other programs as noted in GoPets and Second Life Won't Run After Nvidia Hardware Acceleration Turned off]