With HTML 4, centering the contents within a div is simple. You just use <div align="center">. E.g., if I wanted to center the image and text below on a webpage, I could use the following code:

The image would then be displayed in browsers as seen below: 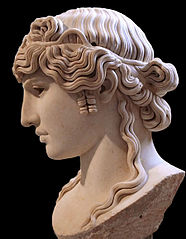 A user reported that she was unable to check her email today; she had also reported the problem yesterday. When I checked Sendmail, which would handle her outgoing email, by using Telnet to connect to the well-known port for Simple Mail Transfer Protocol (SMTP) on the server with telnet mail.example.com 25, I saw the Sendmail banner as expected, so I presumed her problem was likely with Dovecot, the software on the system that would allow her to receive her incoming email. I tried connecting to port 110, the well-known port for Post Office Protocol version 3 (POP3) connections using Telnet. When I saw the "Connected to" and "Escape character is" messages, I entered the POP3 user command followed by the user's name, but I would shortly thereafter see a "Connection closed" message every time I tried the connection with Telnet. I never saw the "Dovecot ready" prompt appear.

To install a new package/module under WinPython, double-click on WinPython Command Prompt in the directory where you installed WinPython to open a command prompt window. 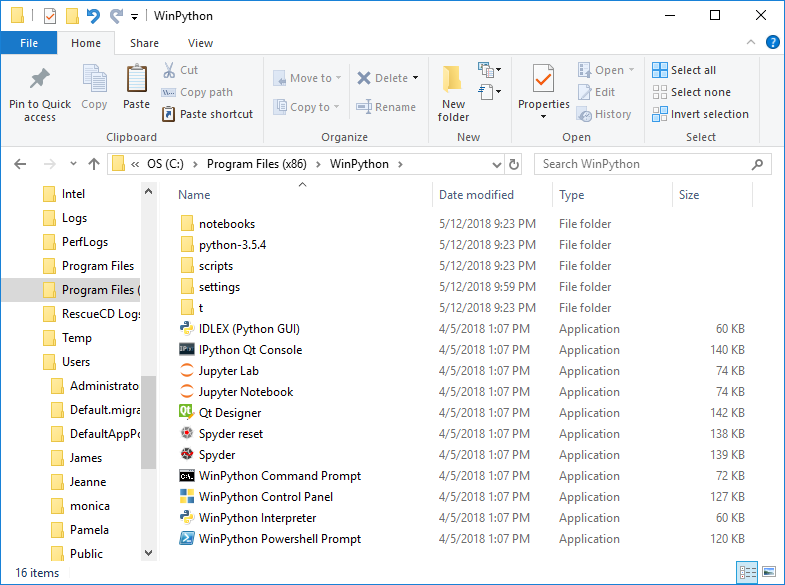 At the command prompt window type pip install pkgname where pkgname is the name of the package you wish to install. If the package is already present, you will see the message "requirement already satisfied."

I have an SQLite database that I use to track approval of tasks. Every Monday, I need to generate a count of the number of tasks approved from the prior Tuesday through the Monday on which I'm creating the report. The approval dates are stored in the database as an integer and I enter them in the form 2018-05-14. I use the following SQL command in a Python script to determine the number I've approved in the last week:

But I noticed that the count didn't always include the tasks I approved on the prior Tuesday. E.g., when I ran the script tonight, May 14, the number reported was 5, yet I expected the result to be 7.

If you wish to run Python on a Microsoft Windows system, you can use WinPython. The first window you will see when run run the downloaded installation file is one for the license agreement, which notes "WinPython components are distributed as they were received from their copyright holder, under their own copyright and/or license, and without any linking with each other." WinPython itself uses the MIT license. Once you accede to the license, you will be prompted for a destination folder. By default that will be a WinPython directory created beneath the directory where you're running the downloaded file from, but you can change the location. When the installation has been completed, a window will appear where you can click on a Finish button to exit from the installation program.

If you wish to undo or redo an operation you just performed in the Microsoft Windows File Explorer on a Windows 10 system, you can do so by hitting Ctrl+Z (hit the Ctrl and Z keys simultaneously). E.g., if you inadvertently deleted a file, sending it to the recycle bin, you can hit those keys together to restore the file to its prior location. If you wanted to redo an operation you undid, you can hit Ctrl+Y to redo the previously undone operation. E.g., if I deleted a file, then undeleted it with Ctrl+Z, I could redo the delete action by hitting Ctrl+Y sending it back to the recycle bin.

If you wish, you can add undo and redo icons to the Quick Access Toolbar at the top of the Explorer window by clicking on the icon of a downward pointing arrowhead with a horizontal line above it that appears at the top of the Explorer window. You can then select "Undo" and "Redo" from the menu that appears. Select both, so that you see checkmarks next to each of those options. You should then see curved Undo and Redo arrows next to the button you clicked on for the Customize Quick Access Toolbar. You can now use those arrows, in addition to the shortcut keys, if you prefer to undo and redo actions in the File Explorer.

Performing a bare metal backup on a Windows 10 system

If you want to perform a "bare metal" backup of a Microsoft Windows 10 system to an external USB drive without a third-party application, you can use the Backup and Restore utility that is provided by Microsoft with the operating system. You can run the program from a command-line interface (CLI) by opening a command prompt window with administrator privileges and issuing the command wbadmin start backup -backupTarget:x -allcritical -quiet where x is the drive letter for the drive where you wish to store the backup. When you add the -quiet option, the backup will be run with no prompts for the user. The --allcritical option "creates a backup that includes all critical volumes (critical volumes contain the operating system files and components)."